Doha, June 8: Over the years, Tulukoota Qatar (TKQ), an ICC associate organization under the Indian Embassy in Doha-Qatar, has been at the forefront of environmental campaigns and inspired of nature as a source of selfless giving.

Leading by its own precedence, Tulukoota took on the first and only of its kind in Qatar, the joy of giving themed sapling exchange for the second time in a row. 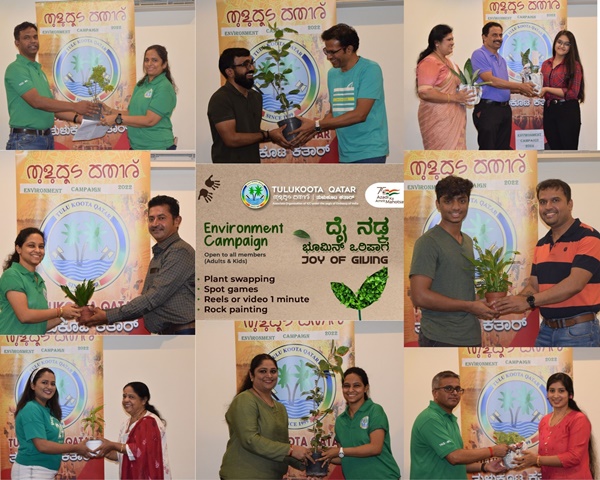 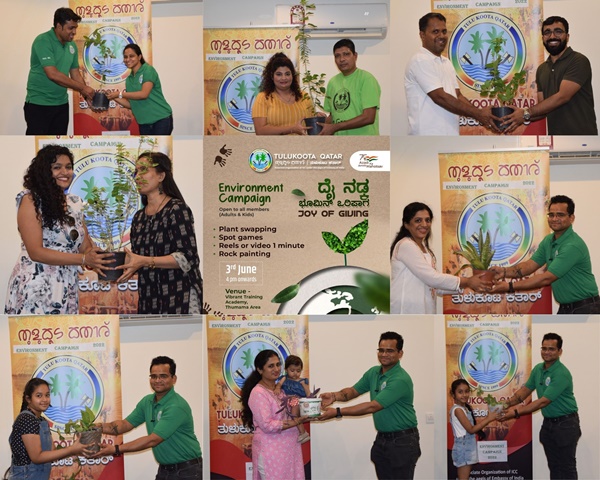 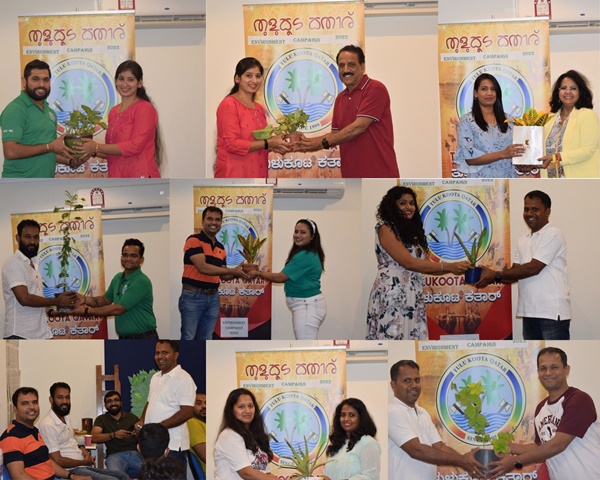 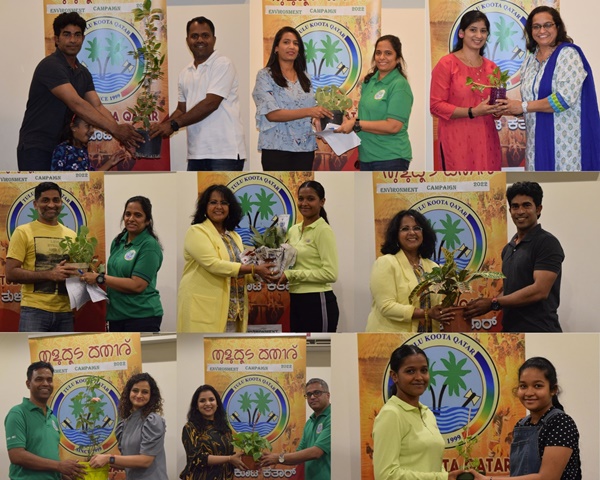 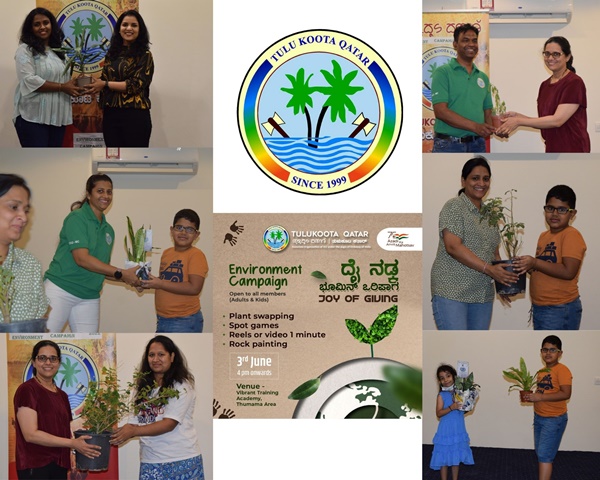 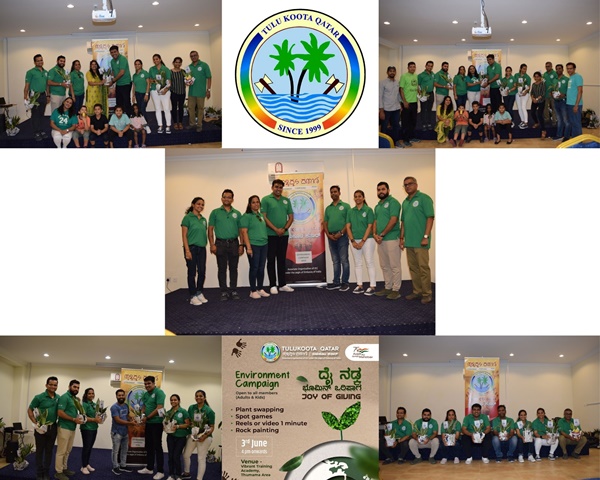 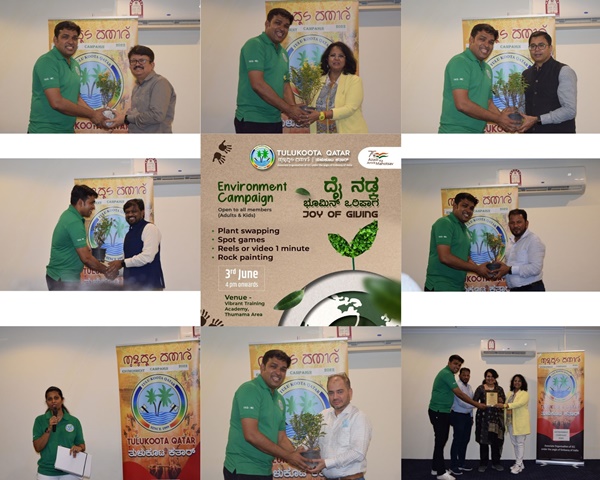 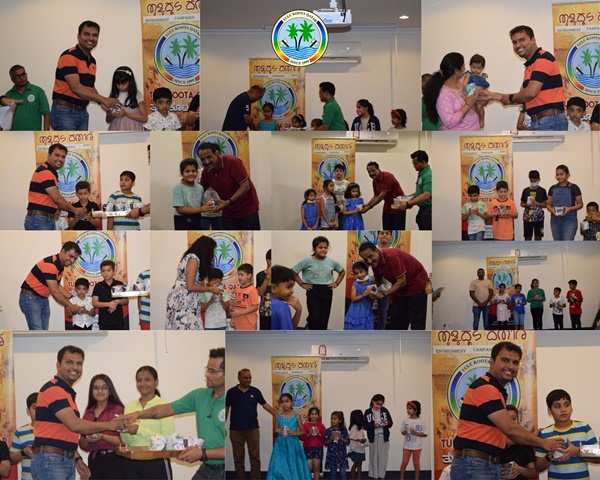 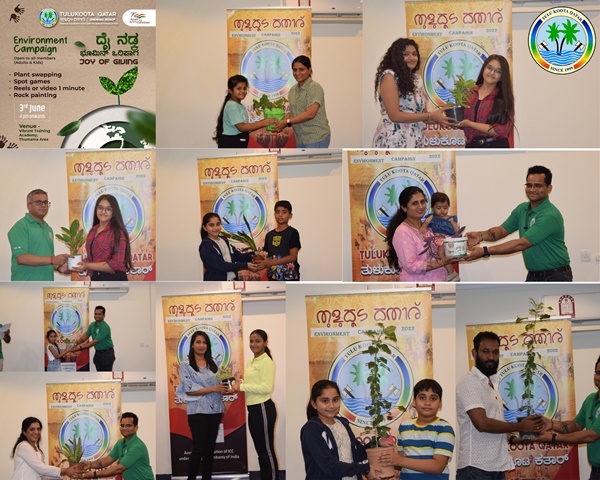 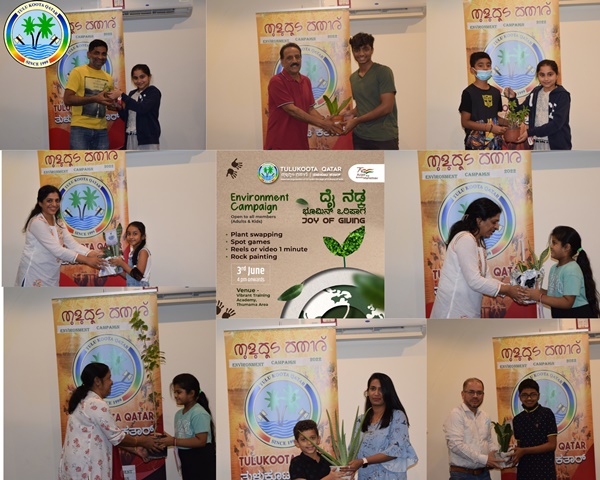 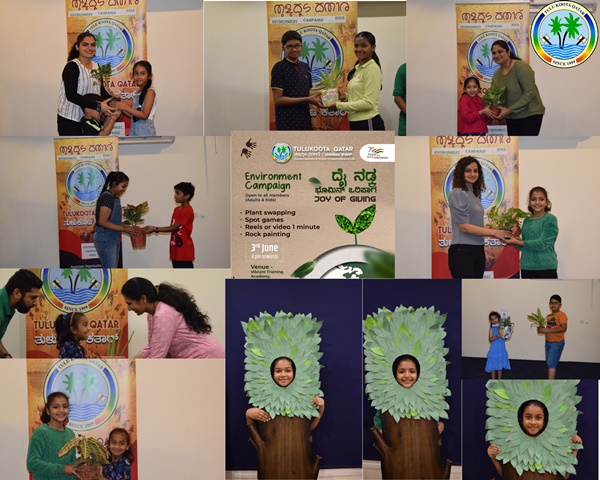 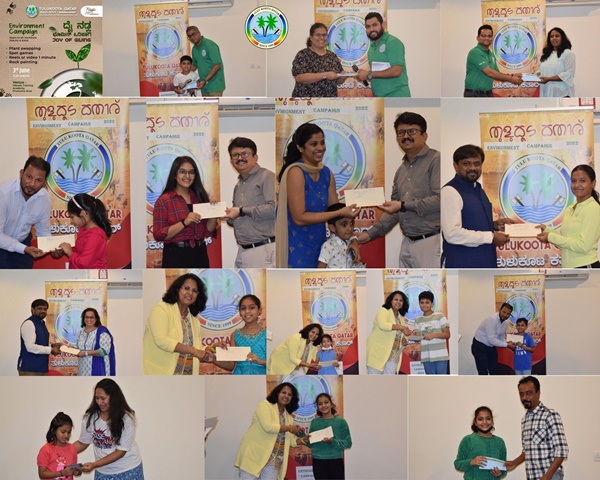 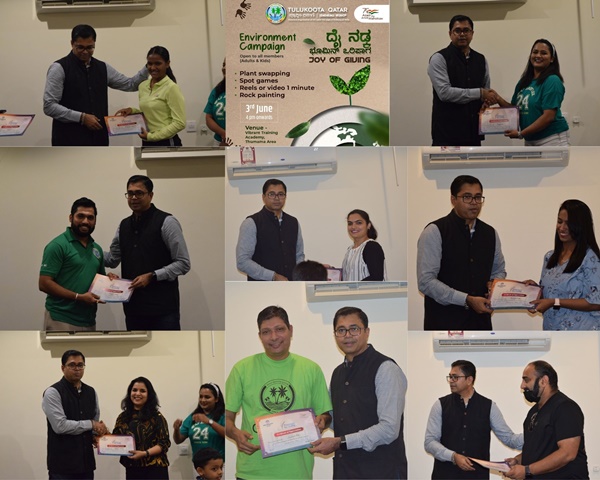 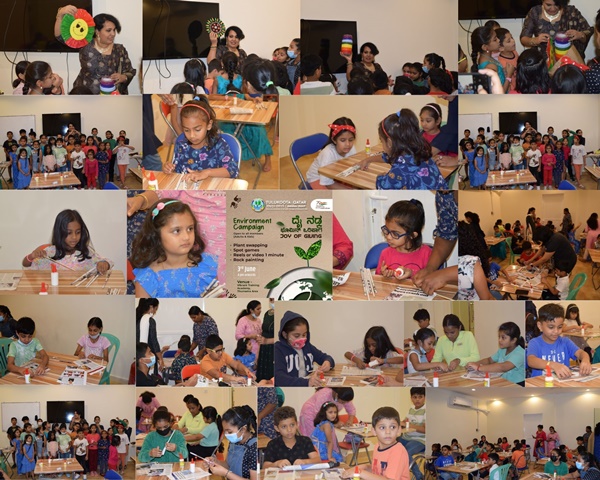 Tulukoota President Kiran Anand welcomed the rally and expressed his gratitude to members for joining the environmental movement. He pointed out that the programs would help each of us become conscious when using the resources of the environment.

Milan Arun also appreciated the efforts of the TKQ team and committee to bring out the best in the events and engage the crowd while giving space to all members of the community.

Tulukoota strongly believes that the seed of environmental conservation will go a long way when instilled in young minds Throughout the event, the theme of activities was carefully addressed to keep adults and children together engaged in environmental conservation activities. A unique experiential workshop was organized for the children and the resource person was Shreya Suraj. They learned how to use old paper and turn it into a creative work of art. The children were supported by the parents and together as a unit they engaged in the workshop. The keen interest of the children made them participate in the workshop and the excitement was visibly felt!!

All of the children who participated received a take-out meal from Tulukoota, a small pot to plant a seed and get started in environmental conservation.

Tulukoota during the exchange had ensured that the members’ plant wishes were met by accurately matching the donor and recipient. This created excitement as the giver and receiver did not know who was meeting who and in this way TKQ created space for a new bond between members.

With a record of over 150 plant exchanges between members, where plant members’ wishes were granted by each other, they took joy in giving to create a space of vibrant energy and collective reflection on the importance of the environment. Tulukoota also distributed the burlap sacks as an alternative to members for their daily chores.

Continuing the traditions of last year, Tulukoota also offered all attendees a sapling called a snake plant, it creates more oxygen and can be kept indoors. Tulukoota lovingly named it Bagheera and gave it to each donor as a token of appreciation for their commitment to the movement.

The talented Tulukoota team performed a dance invoking the five elements of nature and invited all members to join in the collective reflection of our actions on mother earth. During the event, to keep the audience engaged, the MC held a one-time, environment-based quiz for adults and children and handed out prizes to the winners.

To add an element of nature, other competitions were held for adults and children during the event. It was about rock painting and video reels about how each of us will act towards nature. A large number of entries was observed in all categories and many new ideas emerged for daily tasks. Here are the winners of the contests in different categories.

The events were judged by Milan Arun and Shweta Kosti, Pravina Shetty and Shreya Suraj.

Today’s event was compared by Sagar Kotian, General Secretary of Tulukoota and Shamya Shetty. The duo coordinated and kept the audience engaged throughout the event. Dhanalakshmi Rai, PR and Media Coordinator, presented the vote of thanks for the event and expressed her gratitude to all contributors and supporters.

Kiran Anand, President welcomed and thanked all who were present to support the cause of the plantation. He pointed out that the place was chosen because the school had taken care of the plants that had been planted in the past. He also mentioned that boss Ravi Shetty started the process in 2014 and TKQ was able to continue the legacy of tree planting. All the dignitaries planted saplings together and became part of the movement in their own little space.

Sagar Kotian presented a vote of thanks and wished the movement would continue beyond the day.

Tulukoota Qatar has appreciated all the Green Warriors over the years and for their contribution to environmental conservation.