Environmental science is essentially the study of the relationship between man and his environment. A discipline older than civilization itself, it is used today to deepen our knowledge of the natural world, as well as to develop policies and regulations to protect it. Each sustainable practice has its roots in the study and application of environmental science, which positions it as an important discipline in the future workforce.

Before you to embark on a diploma in this discipline, let’s look at what awaits us.

What do i need to study environmental science?

Studies in environmental sciences are broad and interdisciplinary. You will need basic training in biology, chemistry, physics and mathematics to get started. Additional knowledge in geology and engineering will also be helpful, as will an understanding of the humanities, including economics, history, law, and sociology. Most importantly, you must have a deep passion for sustainability and seek to innovate in methods and practices in your field.

Environmental scientists taking core samples from the Wolverine Glacier September 6, 2019 near Primrose, Alaska. The study of the Wolverine Glacier since 1966 shows that global warming has resulted in a sustained loss of ice mass, as the melting exceeded the accumulation of new snow and ice. Source: Joe Raedle / Getty Images / AFP

What am I going to learn?

As an environmental science student, you will study sustainability through environmental, economic and social principles. Your first year will understand the basics, including Earth systems and global issues. In the second year, you can tackle biodiversity, ecology, ecosystems, as well as research methods and policy management. Your third year should consist of electives; it is all a question of application and conservation; learn to put into practice the theory you master.

On top of that, expect to do a significant amount of field and lab work during your course. Environmental scientists spend time observing, recording and researching natural environments in order to better understand and protect them. This is where you’ll learn how to formulate a testable hypothesis, collect data, and present your results in a professional manner.

Which universities should I consider? 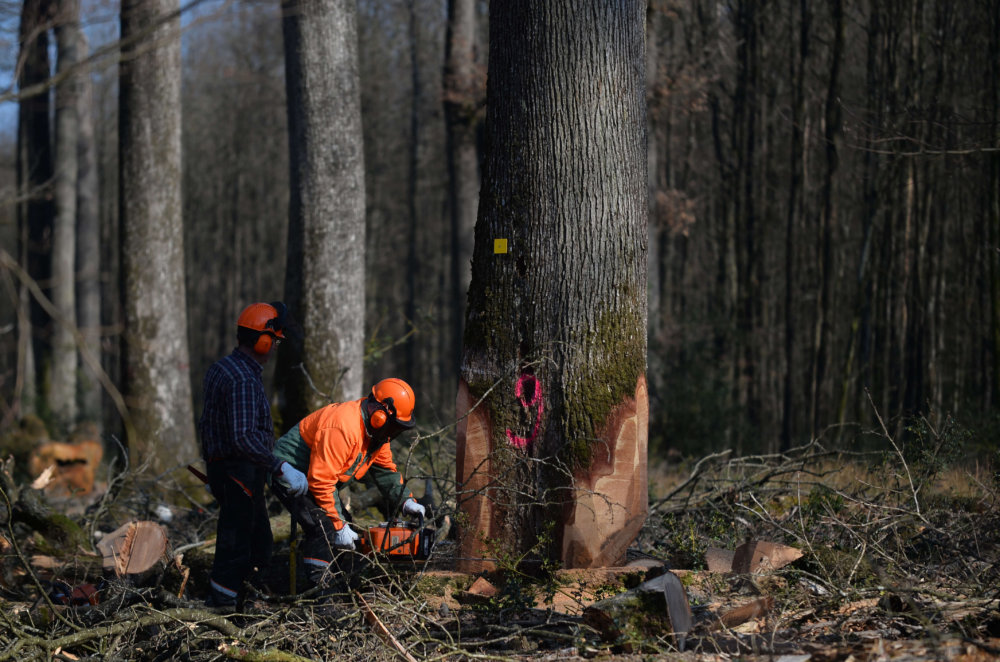 Loggers are working on the felling of eight 230-year-old sessile oaks selected the previous week to be used in the reconstruction of Notre-Dame Cathedral in Paris. Source: Jean-FranÃ§ois Monier / AFP

What are my career options?

In an era when conservation is more important than ever, environmental science graduates can explore a wide range of career options. They can advise, educate or build. They become engineers, waste management officers, law enforcement officers and water quality scientists. Some work in close collaboration with the environment they protect as oceanographers, microbiologists or marine biologists.

Graduates from developing countries, in particular, can be in high demand, as the most populous countries in Asia like India, Pakistan, the Philippines and Bangladesh are among the most vulnerable to climate change. If this sounds like a future you’re excited about, check out the work of leading environmental scientists such as primatologist Jane Goodall, glaciologist Eric Rignot, and oceanographer Sylvia Earle.