Restorasi Ekosistem Riau (RER), a restoration and conservation program in Sumatra’s largest peatlands, continues to show progress in its efforts to protect and conserve habitat for protected flora and fauna.

The achievements of the program are summarized in the RER progress report, which was released on June 5 coinciding with World Environment Day and this year’s theme â€œRestoring Ecosystemsâ€.

Since its creation in 2013, RER has been committed to protecting, restoring and conserving the peatland ecosystem as well as maintaining the carbon stock and biodiversity in a concession of 150,693 hectares in Riau, which is comparable to the London size.

â€œAs part of the World Environment Day celebrations, we would like to highlight five of our important milestones in the 2020 RER progress report; increasing flora and fauna, seven consecutive years of successfully saving restored forests from fire, initiating biodiversity research and supporting the rescue of a Sumatran tiger named Corina, â€said the director of RER External Affairs, Nyoman Iswarayoga.

Throughout 2020, RER identified 823 species of flora and fauna in its restoration areas, an increase of 26 species from the previous year. It has recorded 76 species of mammals, 308 species of birds, 101 species of amphibians and reptiles, 89 species of fish and 57 of insects in the odonate order in the Kampar Peninsula and Padang Island.

Of the 823 species, 57 are listed on the IUCN Red List as vulnerable (39), critically endangered (17) and endangered (10). About 115 species are also listed on the CITES list, as well as 99 species protected by the Indonesian government.

Other research efforts strengthening the role of the RER as a biodiversity restoration and conservation area include monitoring the migration of birds of prey recording a total of 302 birds, as well as the Asian waterbird census. (AWC) which tracked 440 birds of eight species in one day. The RER zone of the Kampar Peninsula has not experienced any forest fires for seven consecutive years thanks to its strong commitment to the restoration and protection of the forest alongside the direct involvement of the inhabitants.

RER also participated in the efforts of the Ministry of Environment and Forestry to put a Sumatran tiger named Corina back into the wild. The endangered animal was found early last year trapped in a local plantation on the Kampar Peninsula, bordering the RER zone. The RER restoration area became the place to release Corina after a series of studies taking into account the natural state of the forest, the presence of prey, active protection efforts and the low possibility of interaction between the tiger and locals. 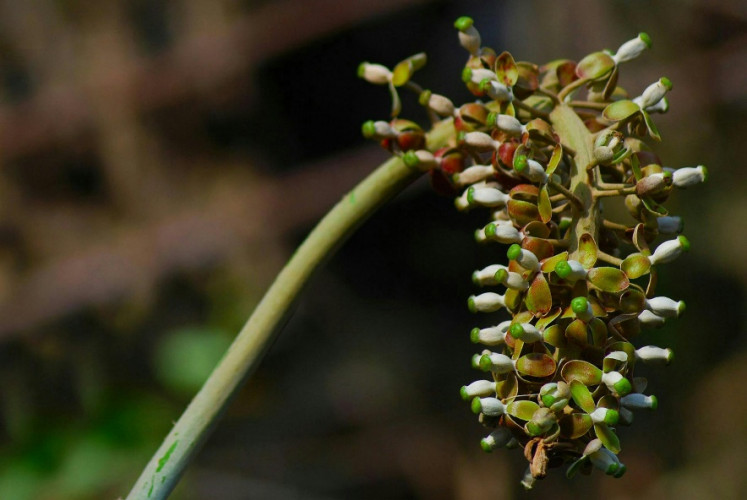 The RER is started by pulp and paper producer APRIL Group, a member of the RGE group which oversees a number of natural resource-based manufacturing companies operating globally. PT Riau Andalan Pulp And Paper (RAPP) Director Sihol Aritonang said RER’s achievements were made possible by the methods of its parent company APRIL Group, which use an approach to protecting production on the Peninsula of Kampar as well as the realization of its APRIL2030 commitment.

APRIL is completing the construction of the Eco-Research Camp after four years. The research center will serve as a tropical peatland knowledge hub for scientists and academics, as well as for stakeholders who wish to directly experience ecosystem restoration efforts.

Through the APRIL2030 commitment, the company also supports a developing landscape in its operating area with support for collaborative restoration initiatives. It has earmarked up to $ 10 million per year for investments in the environmental sector for the next 10 years.

APRIL2030’s commitment also includes continued support for the protection and conservation of Indonesian wildlife, including endangered ones, through partnerships and collaborations. APRIL2030’s commitment aims to have a positive impact on nature, the climate and the environment while encouraging sustainable growth for the company.

The RER is the manifestation of the company’s commitment to promoting the application of the Sustainable Development Goals, in particular point 15 on Life on Earth and point 13 on Climate Action.